Annette Vadim was born Annette Stryberg , on December 12, 1934 in Denmark. The beautiful Stroyberg was born on the island of Fyn. She was raised in Copenhagen after her father died. She found her way to Paris in her late teens where she worked for couture houses, including Chanel as a model. Annette was best known for being the pouty-lipped lookalike blonde who replaced Brigitte Bardot in the late 1950s as the wife of French film director Roger Vadim.

She became Vadims second wife and they had a daughter together. Vadim then proceeded to build and groom a replica of BB with Stroyberg. In 1958, she was 24 years old when she starred in his film Les Liaisons Dangereuses alongside Gerard Philipe and Jeanne Moreau. He tried, but was unable to recreate the same Bardot allure and their marriage as well as her career quickly fell apart. Before she retired, Annette did a few more films including: Blood and Roses (1960), Anima Nera (1962), and Loscippio (1965). Sadly, Annette died of cancer in Copenhagen in 2005. (Images: Life, archiviofoto.unita.it, corbis, all-star pics) Posted by Love Luna Sites I Love Blog Archive About Me California, United States Art goes on inside my head… View my complete profile 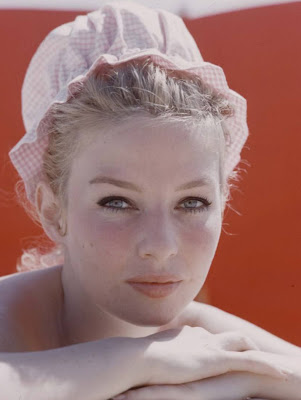 To Top
We use cookies to ensure that we give you the best experience on our website. If you continue to use this site we will assume that you are happy with it.OkNoPrivacy policy