To say that I love Lula Magazine would be quite the understatement. Every six months I flock to my favorite newsstand on Broadway and 63rd to pick up the little book of fashion heaven. I was over the moon when I opened issue 13 to find Terese Pagh at Marilyn pictured in the “Old Flame” editorial, photographed by Regan Cameron. Terese is the quintessiental Lula girl: lush blonde hair, wide eyed, youthful and could easily have been the offspring of Bridgitte Bardot. This summer I got the chance to work with Terese on a video + editorial by Nicole Ann Robbins, exclusive to Ben Trovato with some great faces at Ford. The set and mood was a lot darker for the Danish beauty, but made for an ultra creepy-cool vibe. We had two days of filming: day one with Terese shooting the short film and day two for shooting the photos for the editorial. For the short, Nicole played with the idea of playing the role of the voyeur or the exhibitionist.

For “The Virgins” editorial, the wardrobe (on my end) was completely stripped-down, bare and eerie. The pieces I used for the guys and girls were from labels like Henrik Vibskov, Graeme Armour, Billy Reid, Floresheim by Duckie Brown, Burkman Bros., Accessory Artists, Timo Weiland, Wood Wood, Sally LaPointe, Britt by Britt, Mjolk, JBNY, and Eleven Objects. To see the full editorial and interview with the photographer for “The Virgins”, click here . 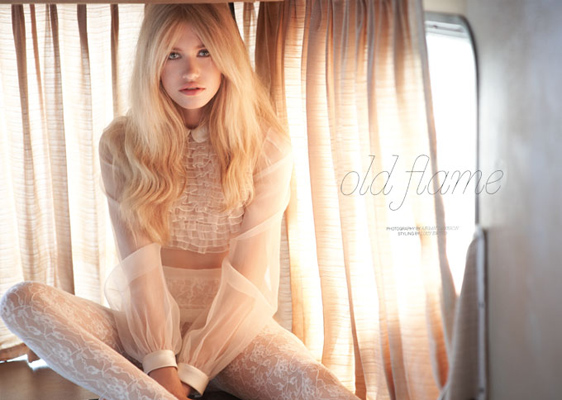