BRIGITTE BARDOT; Not everyone can be Brigitte Bardot, intriguing You think You know someone… “Brigitte Bardot was a French Model, Actress and Singer, who was born in 1934 in France.

No one would have guessed that the young Brigitte Bardot would grow up to an international sex symbol. Her hair was thin and frizzy, and she always seemed to be suffering from very bad allergic reactions and rashes. She wore a pair of wire rimmed eyeglasses because of astigmatism and braces were put on to straighten her crooked teeth. Brigitte Bardot saw herself as homely .

By the time she was fifteen years old, she was able to see the body and the face that would eventually make her famous. Nonetheless, she has never been very satisfied with her appearance.” even in her iconic beauty fame love, “crying – saying she was ugly and hideous” ,”her nose wrinkles up like she were sniffing a bowl of milk, the lower lip is heavy, cheeks too round, eyes too small.” and prone to depression.

I have never thought I was beautiful, even when I was at the height of my fame Brigitte Bardot, that’s sad. she was also comical honed skills. if that defines hideous? humans can be hideously cruel in early years, because she is imitated around the world. why would it be so important to be mean to someone if they aren’t a threat? “Bardot was born in her parents apartment in Paris, and was named Brigitte after a doll her mother had when she was a child. Wearing wire-rimmed spectacles and nicknamed Bri-Bri by her family, she attended a private school for young ladies until she was 16.

Her French and Latin teacher, Pierre-Marie Quervelle said she was a terrible student, bottom of the class, and added,She wont go anywhere.” brigitte bardot tribute model wandre guitar. (in recent modernity years “the greying goddess”, reprimanded for some of her beliefs and opinions (homophobic, racism) in france). from the 50’s, 60’s, 70’s sex symbol? idk. the danish just go nude. (danes pilot whales have already been blogged).

In 1973 movie Posted by cool magic About Me magic to me still is nature, beyond the wonder of nature. born in the shire australia, italian heritage, six weeks early. lots of interests, lots of pursuits. cool for me is many things. You can never really make things better so dont make it worse in the first place. there is no bright side without the dark side. there is no right side without the left side. kindness in a serious world. “astrology is a load of rubbish” prof brian cox. “I’d love to see the BBC give a fair and balanced representation of astrology. In fact sod it, let’s extend that to all newspapers as well” blogger. i’m not a doctor. postmodern. View my complete profile Blog Archive Picture Window template. Template images by ozgurdonmaz . Powered by Blogger . 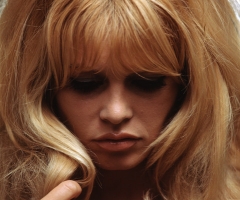 More here:
no, really. not everyone can be bardot.

Continue Reading
Advertisement
You may also like...
Related Topics:bardot, Bri, cool, everyone, fame, sex, Side, Someone, symbol, World

Mary Greenwell: How to do makeup for work | Get The Gloss

Any cookies that may not be particularly necessary for the website to function and is used specifically to collect user personal data via analytics, ads, other embedded contents are termed as non-necessary cookies. It is mandatory to procure user consent prior to running these cookies on your website.